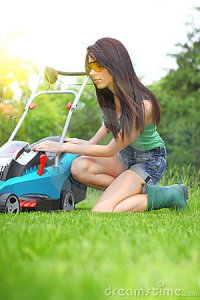 As a teenager, I was hardly an invaluable help around the house. Though I improved as an adult, I am ashamed to admit that I was once an inept pack rat that could barely make a bed, couldn’t do laundry or cook anything more ambitious than canned corn.

So why would I spontaneously decide to mow the grass at the age of 16?

Simple I wanted to go out that night, but my mother told me that she wanted my help with the yard work. (Read: I stood there and held the bag for the grass clippings.) I reasoned that if I mowed before she got home, she would be proud of my initiative and have no reason to keep me in for the night. It was a classic win-win situation.

I went to the shed and extracted the mower, taking care to check the gas tank prior to starting it. The dipstick read that it was full, but there was so little fuel on the metal that I thought I was reading it wrong. I squinted down the dark, narrow hole, but I couldn’t see anything so I got the gas can from the garage and began to “fill ‘er up.”

That’s when I noticed another screw cap on the other side of the engine. When I loosened it I saw that it was full of what was obviously gasoline and that I had just put fuel in the oil tank.

Now the way I saw it, I had two options. I could a.) Put it back and say nothing. It was unlikely my parents would suspect me in the first place, but they might think that someone broke in, vandalized our equipment and file a police report. Who needed that on their conscience? Or I could b.) Get it fixed before my mother came home.

I had no idea what I was doing, but I knew that my neighbor did. He was the father of a friend and (even better) a teddy bear of a guy. I raced over to his driveway in gales of tears, threw myself on his mercy and told him what had happened.

“OK, why don’t you push it over here and I will drain the oil and get you set up before your mom gets home,” he smiled, understandingly

Thirty minutes later I was back in business and just as I suspected, my mother was so proud to see me working hard that she readily agreed to my plans for the evening. I could have gotten away with it, but a few weeks later, I confessed to what happened. My father seemed amused and after hearing my tale, he went to ask my friend’s father how much he owed him for the gas and the oil.

“No charge,” he told him. “One of these days my own daughter will end up in a mess and will need you to bail her out. We’ll call it even then.”

“Deal,” my dad told him with a handshake. 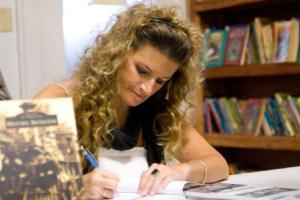 At long last, I have decided to revamp my blog and social media page in hopes of providing more diverse content to my readers, friends and followers. Here are some of the things you can expect:

Buy It, Borrow It or Bag It will still occur on Monday Mornings. I will continue to review whatever book I happen to be reading at the time and as you all know from following this blog…it can literally be anything and everything! LOL

My columns for Glo Magazine and Michiana House & Home will continue to appear at the beginning of the month.

ASMR Tuesday will talk about the subject of my next non-fiction project: The Complete Idiot’s Guide to ASMR. (Yes, for those of you who do not know what that is, I will explain it in the first post.)

Nostalgia Wednesday will look back on pop culture and local history

Author Spotlight will still occur on Thursday (when I have a new post) Hey authors out there?? Want to be featured? Send me a PM on Facebook and we will get you scheduled. I am particularly interested in YA authors!!!

Fabulous Fridays will continue as my “anything goes” day.

Catholicism Sunday will focus on The Complete Idiot’s Guide to Catholicism which is set to be published by Alpha Books in January 2015.

In addition….I will be streamlining my Facebook page (both my personal and professional sites) to offer predominately positive messages. I am very tired of reading a wall full of negativity and so I am going to start giving a Compliment of the Day to my friends. (You never know when you might be mentioned!), books I want to read, movies I want to see,  the occasional quiz (for those who said “please don’t stop posting your quizzes), a particularly funny “Vincentism” and of course…you can still count on me to commentate tennis matches. (Sorry folks, but I need a place to rage…I’m sure you can understand! LOL). You will still be able to read all of the FIFTEEN MINUTES OF FAME news on MonAmi’s page (Link is below)

I’m sure there will be times I will drop the ball, but I promise to try. Let’s get some positivity flowing in the world!!

Until next time, Keep rockin’,