Confessions of a Cynical Catholic: Will the Real Messiah Please Stand Up?

(This is a reblog of one of my 2016 posts from http://www.acatholicmoment.org) 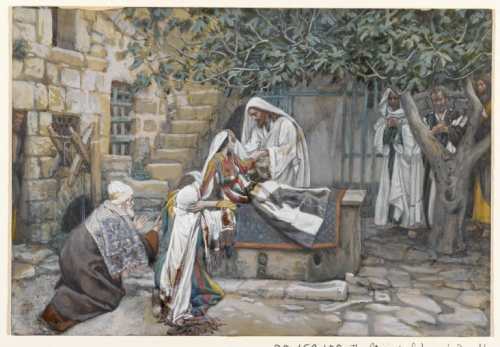 When I was younger, there was a popular, long-running panel show called To Tell the Truth. Airing in the early evening, To Tell the Truth was a quasi-game show in which a panel of celebrities tries to correctly identify a central character out of three possible contestants based on nothing more than a description and a series of questions they pose to the individuals over the course of a few minutes.

The show worked like this: The three contestants enter the studio and introduce themselves to the panel as the same individual (usually someone with an unusual occupation or life experiences). The host then reads a sizable bio summarizing the person’s life and experiences and then over the next few minutes, the panel grills the contestants over what they have heard in hopes of figuring out which one is the real deal. The central character is expected to answer all of the questions honestly, while the imposters are allowed to lie in hopes of misleading the panel. When the question and answer period is over, the panel casts their votes for the contestant they think is genuine and when all of the votes are cast, the host asks, “Will the real (NAME) please stand up?”

It’s never easy to try and figure out who someone is, especially if you have preconceived notions as to who they are supposed to be and I imagine this was the conundrum facing the people who heard Jesus speak. In fact, if To Tell the Truth had been on the air in 33 AD, I’d wager no one on the panel would have banked on Jesus being the Son of God at all. Let’s face it; based on the established bio, this guy didn’t fit the bill!

If you read the passages leading up to today’s gospel, it’s fairly obvious that Jesus isn’t on a winning streak. Although he has uttered some of his more famous speeches that we cling to today, they aren’t playing well to the populous and he’s losing followers left and right. His own family thinks He’s nuts. His community is confused and the powers that be have no idea what to do about Him. How can this guy be the Messiah when he doesn’t come from the right place, doesn’t say the things he is supposed to say, doesn’t do the things he is supposed to do and seems bent on throwing their carefully crafted tradition right out the window?

Still, it is obvious from today’s reading that even though many people are certain his is not the Christ they are looking for, they are hesitant to condemn him outright. He’s made enough of an impression that although some are still skeptical, others have seen the light. He’s cast a shadow on the messianic stereotype and caused folks to question what they knew for sure. However, in opening minds, He has also hardened hearts and in doing so, he’s placed Himself in a no-win situation that is sure to come to a very grisly end.

And all because He dared “to tell the Truth.”

Confessions of a Cynical Catholic: Along for the Ride

(This is a reblog of one of my 2016 posts from http://www.acatholicmoment.com) 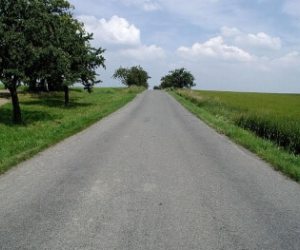 I was heading out on a routine Saturday afternoon errand run when I asked my husband if he wanted to come along for the ride.

“Well now, that depends,” he said, diverting his attention from the television. “Where are you going?”

I threw out the name of a local shopping hub, but I didn’t go into a lot of detail. I knew that if I told him my exact itinerary and how many stops I planned to make, he would opt to stay at home and binge watch martial arts movies. Quite frankly, I wanted the company so I adopted a less-is-more approach.

It worked. He slid his feet into a pair of sneakers, grabbed his coat and hat and gamely followed me out to the car. However, before I could back out of the driveway, curiosity got the better of him. “Exactly where are we going?” “How long will this take?” “What are we getting?” “Why are you going here instead of there?”

I have a notoriously short fuse so naturally, it didn’t take long for me to snap. I informed him that I did not bring him on this field trip so that he could question my every move or second guess my entire plan. After all, he was only holding down furniture when I came along so it wasn’t like he was doing anything important. Where did he get off trying to micromanage the whole operation now that he was in a moving vehicle? “Can’t you show a little bit of faith in me and just go along with the program without interfering?” I asked.

“Yes, I can,” he replied, remaining silent for the rest of the trip.

I felt terrible. I couldn’t very well get too mad at him when I hadn’t given him all of the facts in the first place. Deep down I knew if I had told him my entire plan for the day, there was little chance he would want to accompany me and if I wanted someone who understood the subtle art of retail therapy, I would have called a girlfriend. Instead, I chose to spend time with him and that meant enduring his endless questions without blowing my top in the process. Just as Jesus does for me.

Although the Gospel writers often paint a portrait of perfect obedience when it comes to the early followers of Christ, chances are they were a lot like my husband and didn’t get too far down the road before critiquing His plan or trying to micromanage the movement. Jesus understood that and took them as they were, without losing His temper. He knew these were not devout, faith-filled people but flawed folks with a lot of issues. Issues He was willing to endure as long as in the end, they came along for the ride.

Sorry I haven’t been blogging as much as I was earlier in 2016. I had a very busy second half of the year and I am afraid that took most of my time. However, I am super excited about 2017 and I am in hopes you are as well! I have no clue what this year will bring, but I am ready to face it head on.

Although I do not typically make New Year’s Resolutions, this year I did and I am hoping to keep them (instead of giving them up for Lent like I usually do LOL.) I will be spending the next couple of weeks blogging some catch up columns I did not post last year and updating my current columns. I am hoping to do a massive Buy It, Borrow It or Bag It to keep everyone in the loop as to what I am reading and what I am excited about. I will also be re-posting some of my entries for A Catholic Moment, a blog I contribute to that offers daily reflections on the gospel readings. I only post every other Saturday, but if you like what you read, you can feel free to check  the site out and get some daily inspiration from a number of really great people!

Until next time, take it easy. Enjoy the time you have on this planet, have courage and be kind.